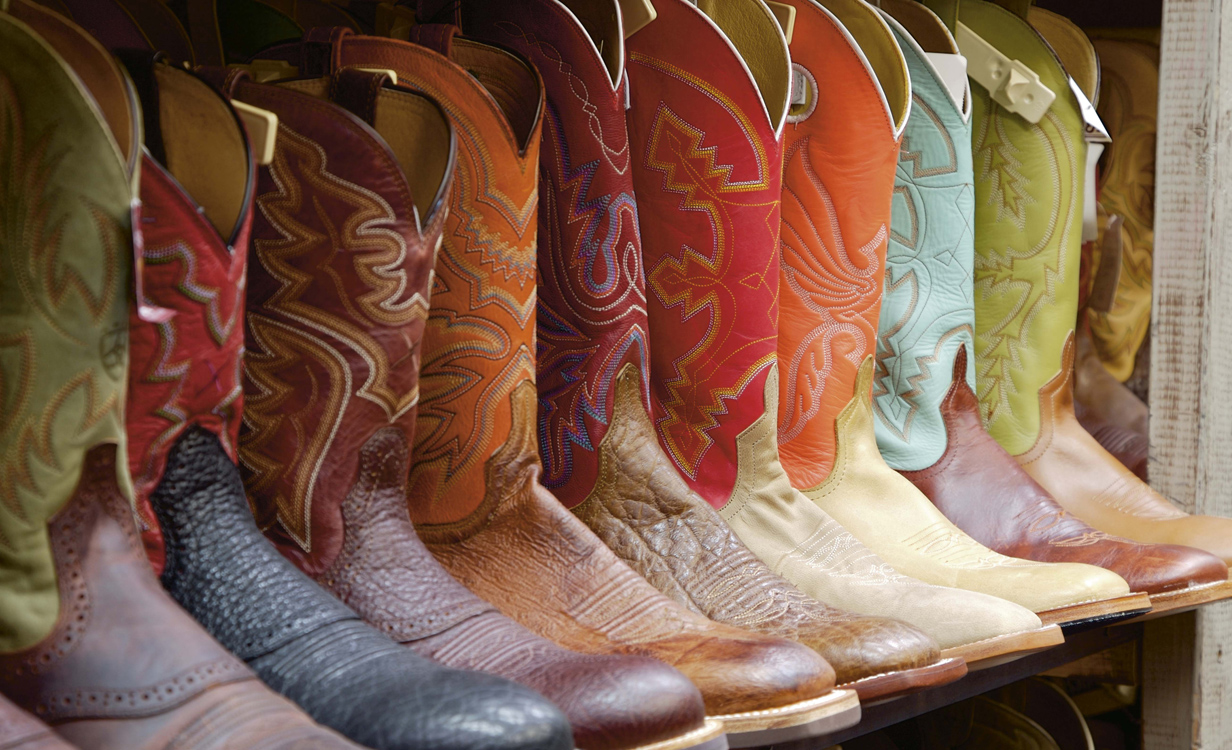 I took a day off from my marketing job last week to indulge in one of my passions, all things horses. I made the rounds at Equine Affaire, a huge horse-tastic trade show held at the Eastern States Exposition, checking out the Friesians, Morgans and Gypsy Vanners, and trolling for cool barrel racing swag.

I’ll admit that I did — for a fleeting moment — consider laying down my hard-earned cash for a 13-year-old Quarter Horse named Chisolm, who caught my attention with his gleaming coat and devilish twinkle. But good sense prevailed and I settled for a pair of winter riding gloves and a funky t-shirt supporting an equine-rescue charity.

Anyhoo. Everywhere I looked were booths jam-packed with merchandise for both horse and rider, from cowboy boots and bridles to blinged-out headstalls and ornate, hand-tooled saddles. Eager shoppers lined up three-deep at the most popular booths. Not sure what those were selling — it was too crowded to get close enough for a peek.

That got me thinking. Was the crush of traffic hurting, rather than helping, the exhibitors? Driving booth traffic is typically Priority One for exhibitors. But can there be too much of a good thing?

To find out I did a little guerrilla research. (Once a marketer, always a marketer I suppose.) I spoke with several sellers, including major players like SmartPak, which offers a huge inventory of tack, horse nutrition and rider apparel, and tiny start-ups like custom-clothing designer Rodeo Karma.

Most of the people I spoke with said they were satisfied with the traffic they were drawing, but — and you knew there was a but, right? — some said they were concerned they might be be missing out on sales because they couldn’t help everyone at once during busy periods.

If you’ve ever exhibited at a trade show you know the cyclical nature of traffic — booths are either as empty as middle school on the first day of summer vacation or as hectic as Grand Central Station during rush hour. Nothing in between.

With so much for attendees to take in — there were booths set up in several buildings at the expansive fairgrounds, plus scores of demos and seminars — some of the sellers worried potential buyers might be too impatient to wait at a specific booth until help was available.

The other concern I heard from several vendors was whether they were showing their wares to best effect.

This was of particular concern to the sellers with small booths, like Rodeo Karma. The owner told me she had spent a lot of time before the event picking and choosing which products to bring along, since she was severely limited by booth size. She ultimately pared down to a tiny rack of samples, and augmented with an iPad and an old-school binder of photos to showcase her creations.

Even the sellers with expansive booths said they had to leave much of their inventory at home. If a specific item wasn't available to explore on site, two vendors told me they would direct show visitors to their website — always an iffy proposition due to unreliable trade show wifi.

From my completely non-scientific research it’s clear that capturing every lead, and showcasing products effectively in limited space are two of exhibitors’ most pressing concerns. And not just at this show. Those sentiments are echoed by exhibitors in a variety of industries, from medical devices to consumer goods. How do I know? Full confession: I query vendors at every show I attend. Can't help myself! I’ve spoken with sellers promoting everything from industrial equipment that costs hundreds of thousands of dollars to specialty food products that cost just a few bucks per unit.

If lead capture or product presentation are of concern to you, I invite you to check out ViewPoint. Our custom, interactive touchscreen experiences allow you to feature your entire product line in limited space and capture every trade show lead.

Here’s an example of how ViewPoint can showcase an extensive product line:

And here's a real-world look at how ViewPoint makes it easy to engage a number of people at once. Even in a small booth with few sales reps, we connected with multiple groups. (The people exploring ViewPoint independently were able to leave their contact information using a convenient on-screen information request form.) 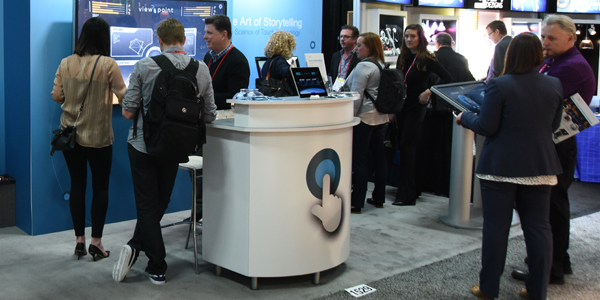 The bottom line: with ViewPoint, potential customers can learn about your products in as much detail as they desire even if you’re unavailable, as well as leave contact information for a call-back, ask for additional product information, or complete a pre-sales request.

If you’re preparing for your next big show, give ViewPoint a shout at 781-552-3700. We'll support your sales team while delivering solid ROI.